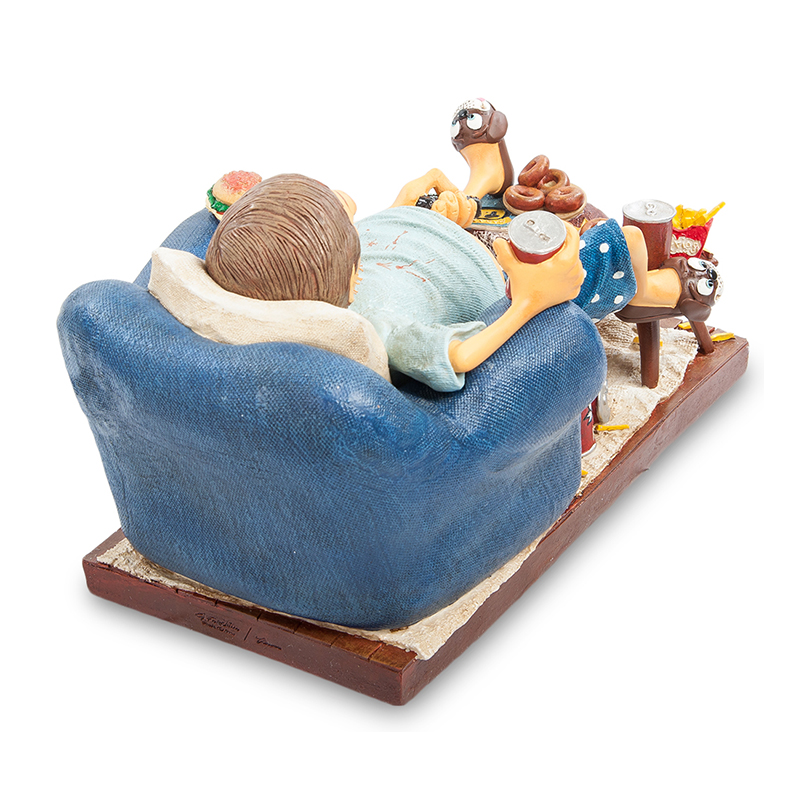 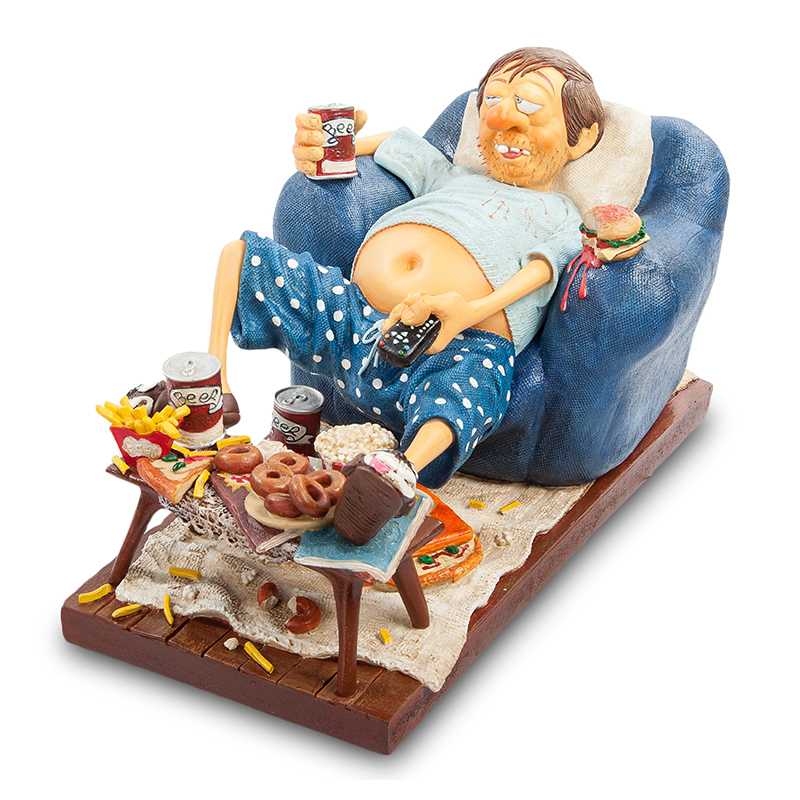 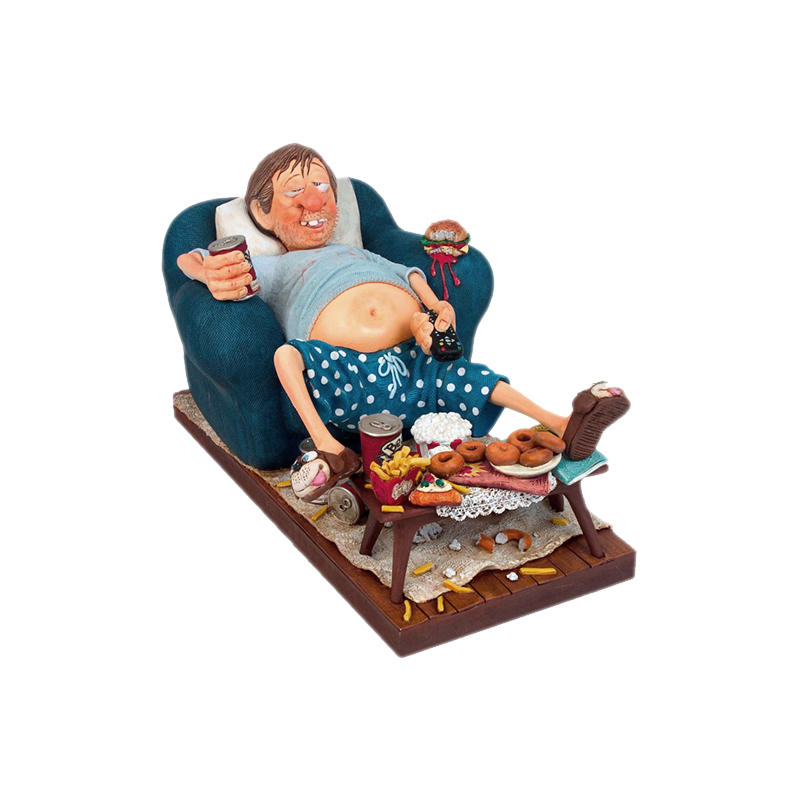 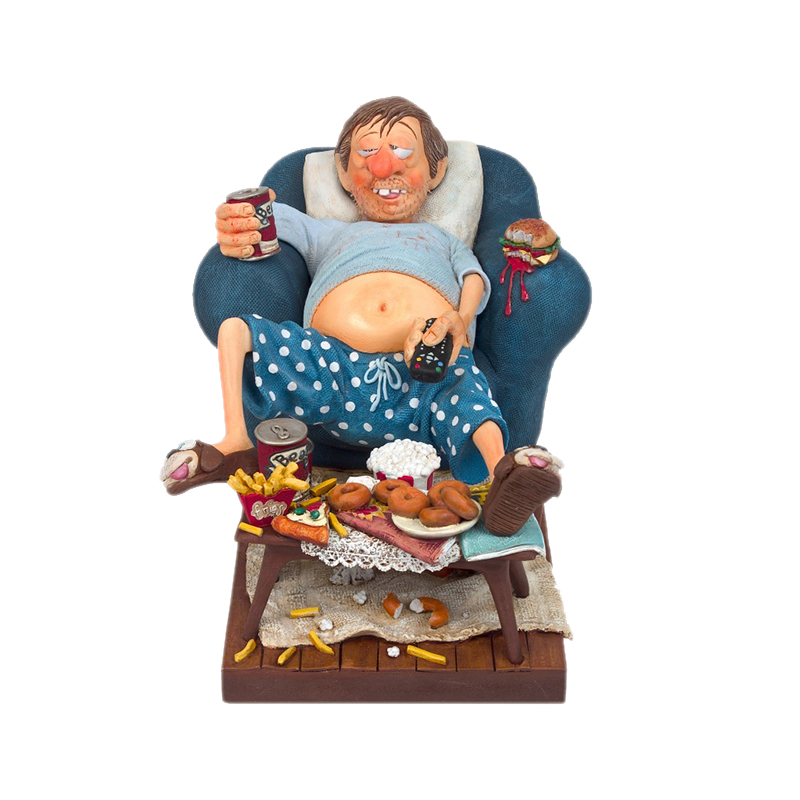 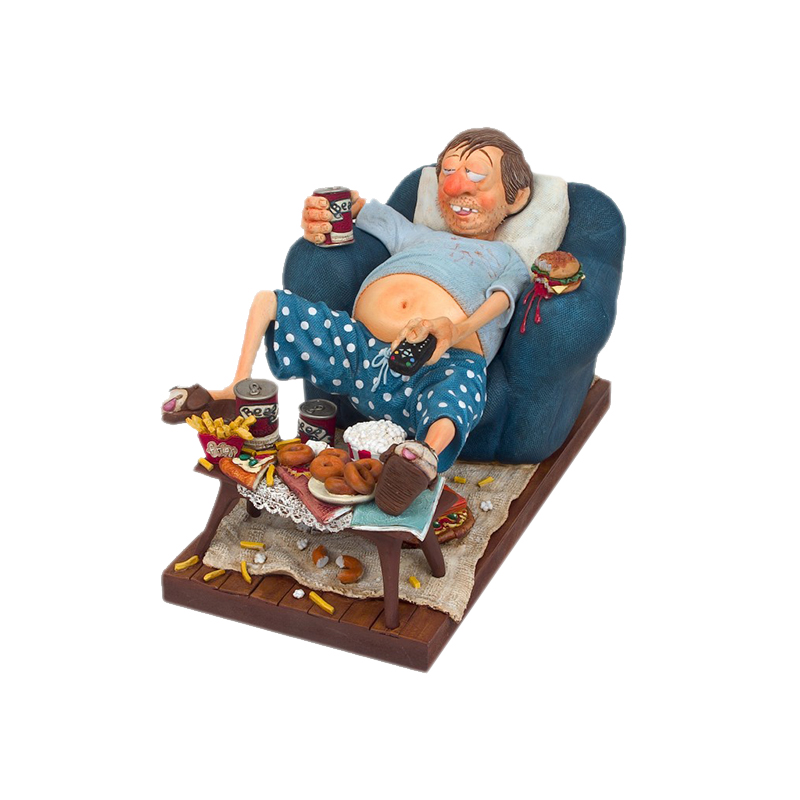 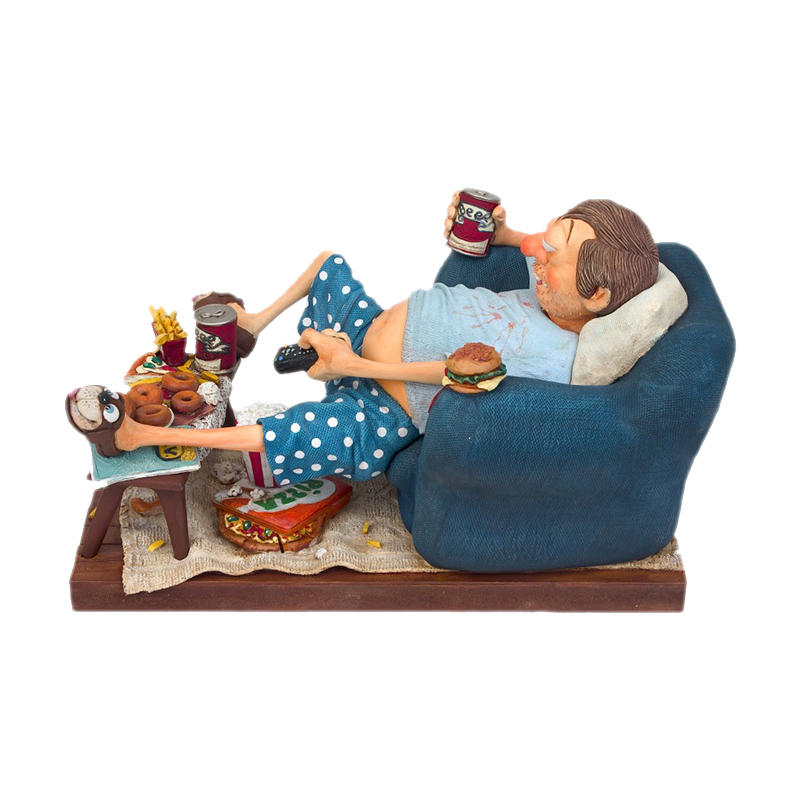 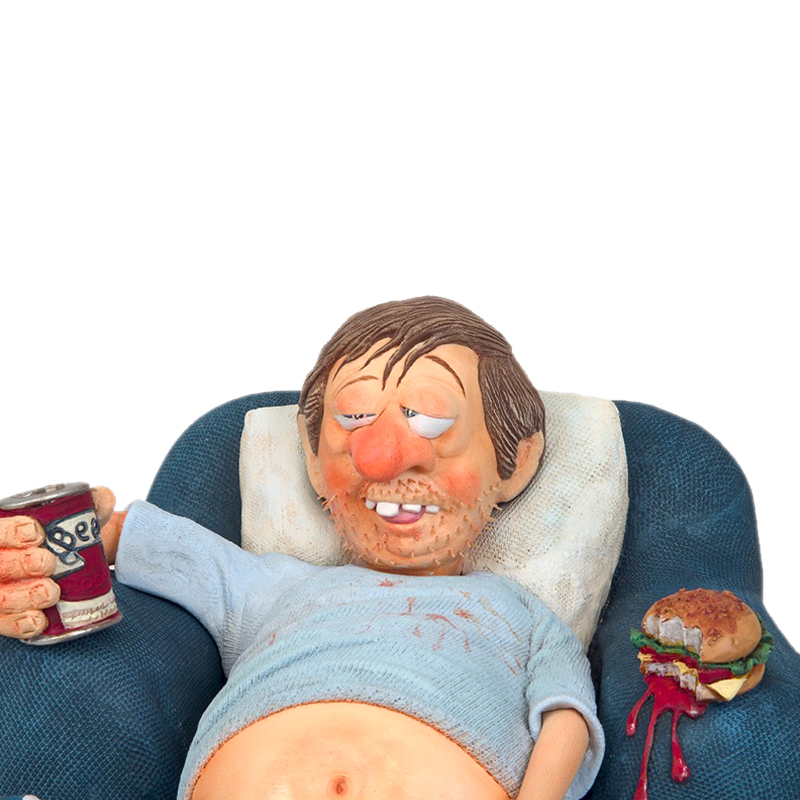 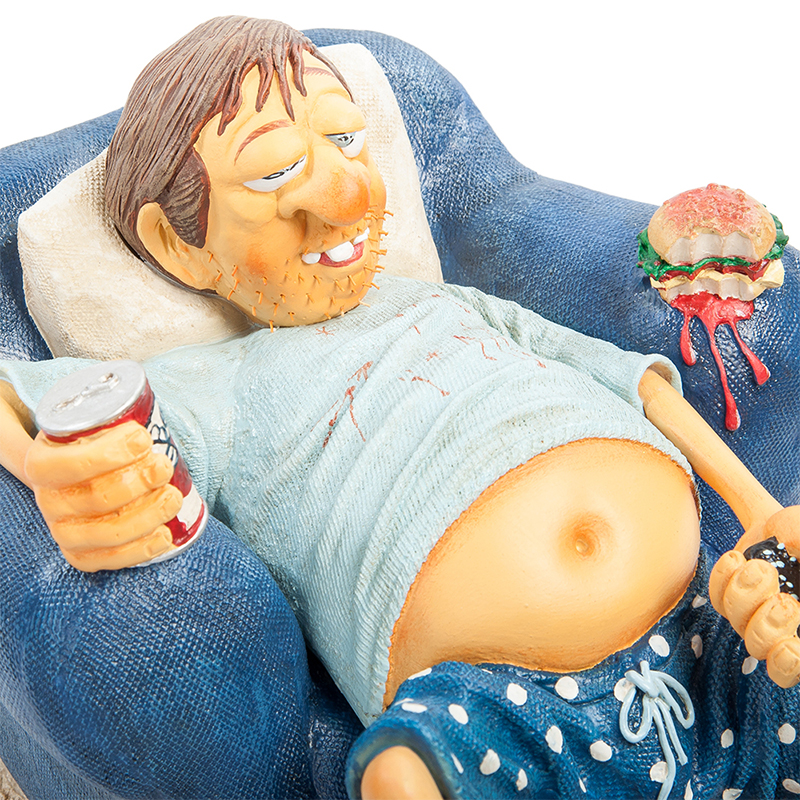 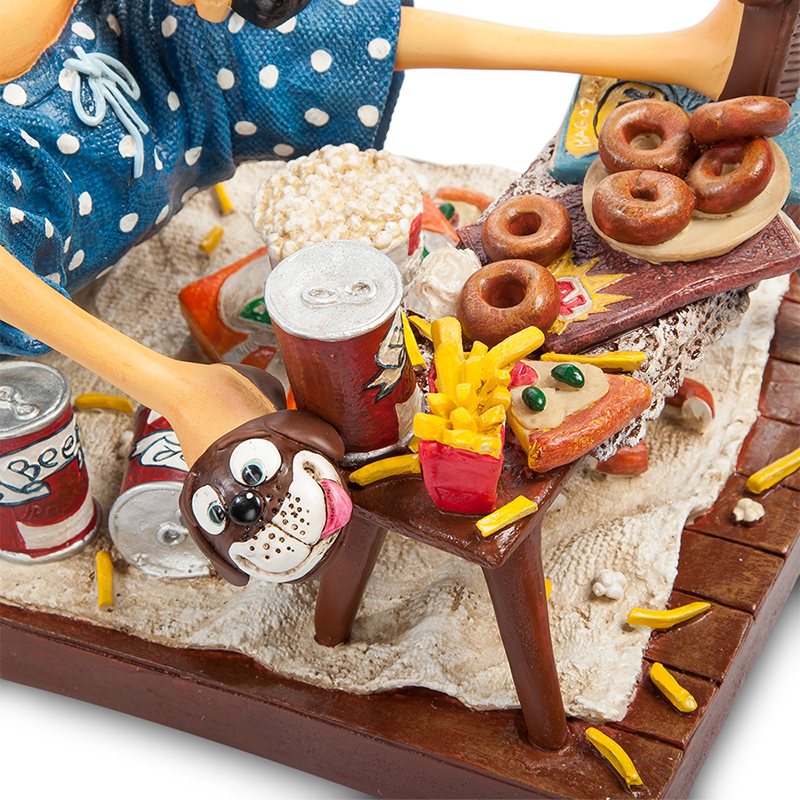 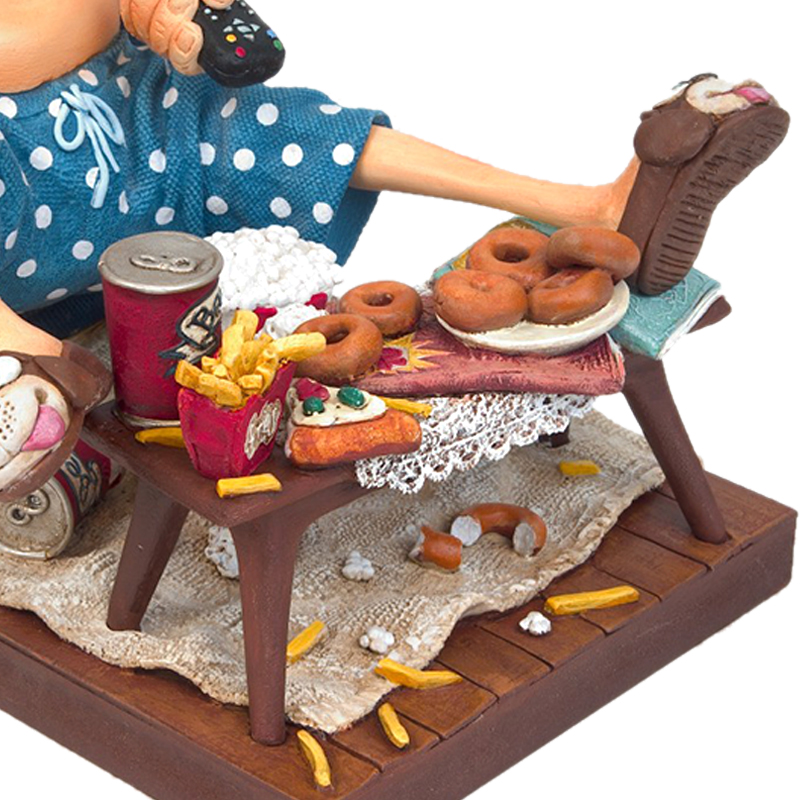 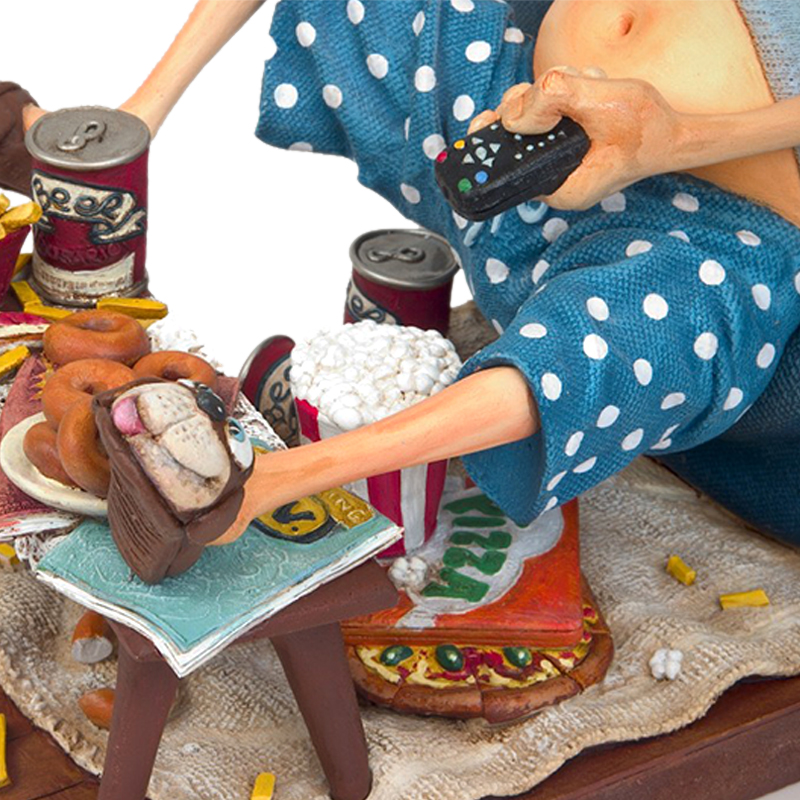 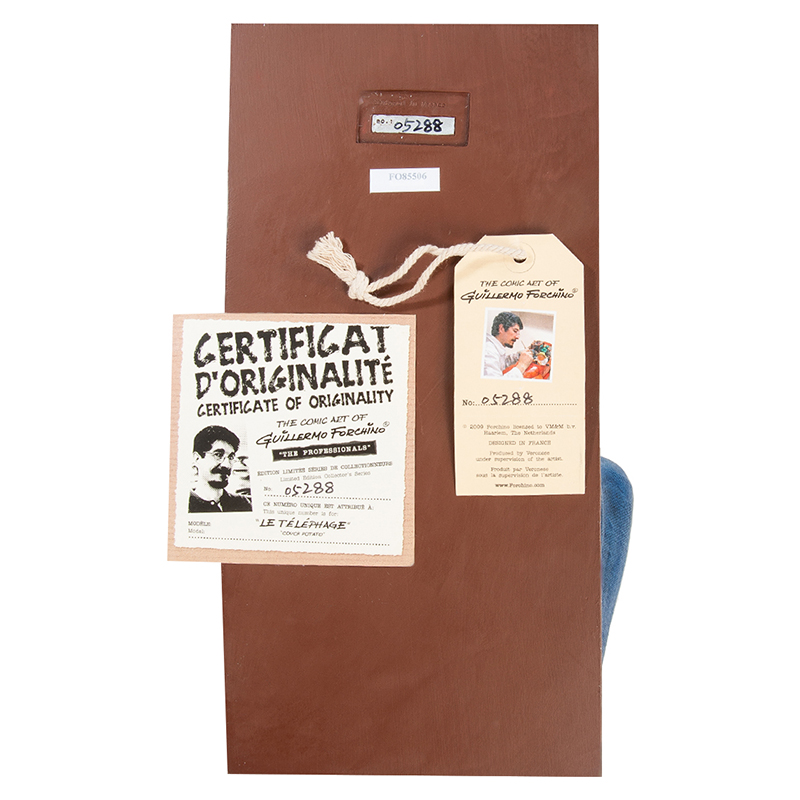 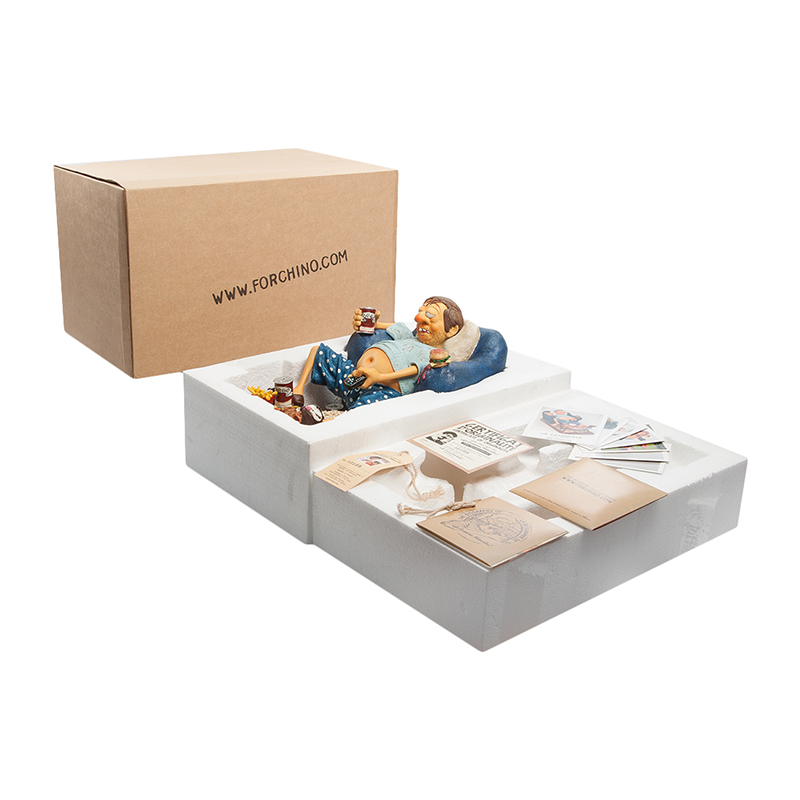 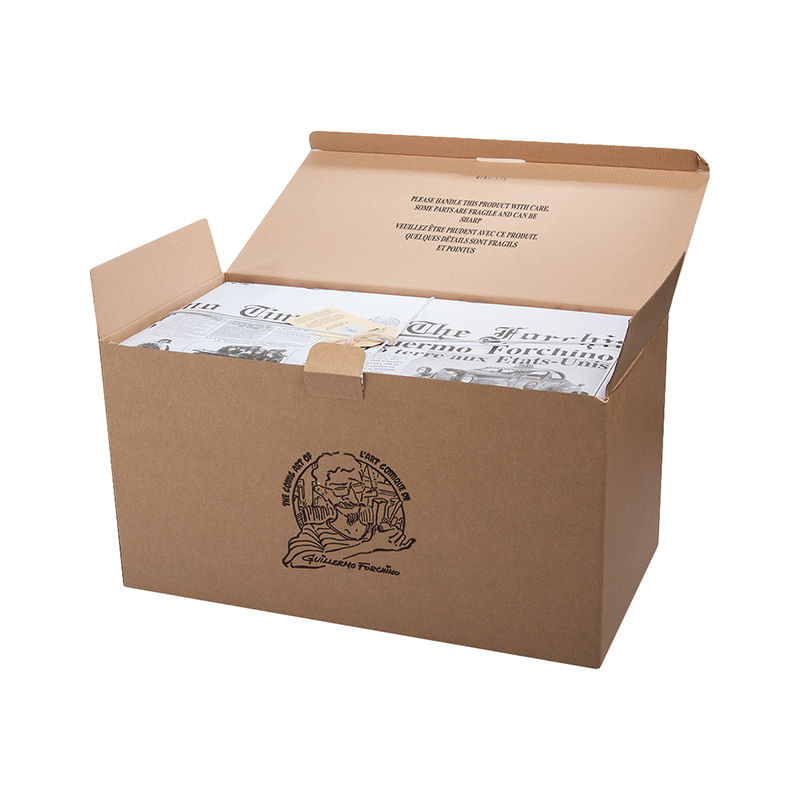 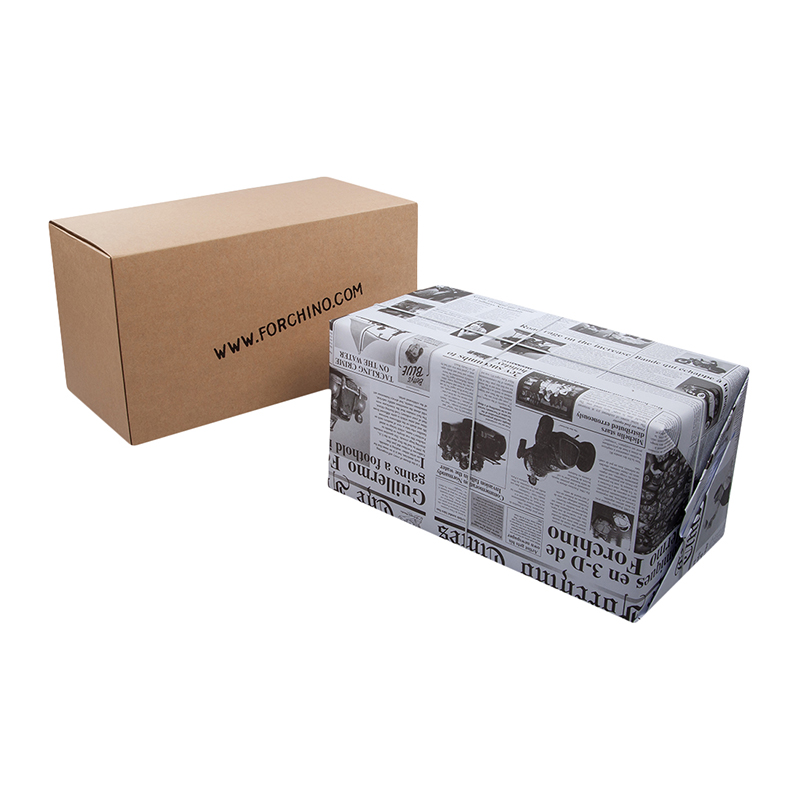 After having watched during his entire childhood ‘The Lucille Ball Show’, Pipo Saulle, became a television addict. He watches every series and soap opera that is shown. In his eyes, the remote control is the best invention since the tele. He doesn’t stop channel surfing a single instant and he knows all the showbiz gossip. He knows the advertisements by heart and can guess the brand of a product even before it appears on the screen; at this game, he is unbeatable. When he wins, he raises his arms to the sky, makes the V for victory sign and yells while circling the coffee table “I won, I won.” His other passion is popcorn and hamburgers which he chasses down with enormous gulps of ice cold beer. My God! Life is good! If he didn’t have to work, he would have the impression of being in paradise.